Is digital identity and residence a new business way for Malta?

Is digital identity and e-residence a new business way for Malta as well?

Maltaway is here to help you to relocate and invest in Malta, for yourself, your business, your wealth, your people….how can I help you? 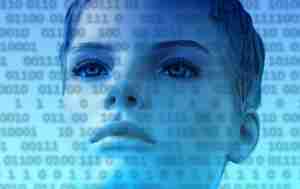 A common mistake governments make is assuming that a “more digital” economy will equal economic growth. But digitalization does not necessarily translate into growth.

For instance, in the HBR article “Where the Digital Economy Is Moving the Fastest,” the country with the fastest rate of digital development in the past, and the steepest trajectory for future digitalization, is Singapore. But, as the Singaporean government is slowly realizing, correlation does not mean causation, and digitalization does not mean growth. The Singaporean economy’s growth rate went from 6.2% in 2011 to 2.9% in 2014.

Many governments have been focused on both making themselves more efficient through digital technology (such as making it easier to renew passports through online portals) and making their countries more attractive to digital technology companies (by reducing the cost of doing business within their borders). As the examples of Singapore and many other countries illustrate, these steps are not enough.

If the public sector is to realize the full potential of digital technology to transform public finances and even kickstart national economic growth, governments will have to move beyond streamlining services and cutting red-tape for entrepreneurs.

A new route to market. All disruptive innovators in business have capitalized on a channel of commercialization where the leading firms are not present. For instance, Dell sold directly to consumers, as did Salesforce, Skype, and eBay.

A new business model. Disruptive innovators usually change the revenue architecture — how you hire a car or plan a trip, for example. It’s really hard for incumbents already deeply invested in an existing business model to follow suit, which explains the success of free newspapers, Zipcar, TripAdvisor, and Lending Club.

So what would this look like in the public sector?

One example comes from Estonia. The small European nation has made it possible for entrepreneurs to become “e-residents.” Anyone in the world who wants to operate out of Estonia can become a “resident” of the country — without living there. While e-residents don’t have full rights as citizens (they don’t vote, for example), the government will grant you, for a flat subscription rate, a digital identity that grants you full rights to do business in Estonia and in most European countries, depending on the industry. This enables the Estonian government not only to foster entrepreneurship in their economy but to generate revenue through the e-card subscriptions. Even better for public finances, e-residents are not physically in the country (they just pay taxes there), which means they don’t generate the expenses that normal citizens impose on a country.

Note how this initiative is not about using digitalization to make the process of entrepreneurship more efficient or faster, which is one of the key metrics on how countries are measured worldwide, but instead leverages a new model (in this case, a new model of citizenship) to capture new net growth.

As with disruption in the private sector, Estonia’s e-residency program offers both a lower price and fewer features while simultaneously creating a new route to market. In this way, Estonia is suddenly making it possible for a whole new cadre of startup founders to operate in Europe at a fraction of the cost of living there.

Marc Andreessen, the prominent venture capitalist, once said that software is eating the world. He’s not wrong, but it’s more complicated than that. Technology is just one part of the story. No matter how innovative a new technology is, it’s not automatically profitable. To truly create economic value, a digital technology needs a new channel of commercialization and must offer the possibility of creating a new business model.

Once governments realize that digitalization does not automatically mean growth but can act as a powerful enabler, they can use disruptive principles to create new net growth.

MALTA your new SWITZERLAND, your Northern Europe but in the middle of the Mediterranean Sea, inspired by Island City-State Model of SINGAPORE

Apart from the desire to be here in Malta now , that this picture arouses , answer these questions :

How do you see the future of Italy , of a person or entrepreneur , honest , not parasitic , competent , creative , motivated to grow and create ?

Which country offers a quality of life , gorgeous weather 12 months a year , cost effectiveness , frequent connections and low cost flights (max of 2 hours from your city) , a stable country system of rules and tax, very competitive in the global arena and in Europe as well?

Where you can find an open large international community and a Regulations’ model designed to attract great people , companies , ideas and capital, able to grow together in a multi-cultural country ?

We, after a long and in-depth comparison of experience and analysis, we have the answer !

MALTA is the best place to move in, with an Anglo-Saxon Business Culture and Regulatory environment in the middle of the Mediterranean Sea, to prosper, develop and protect the Business and the Assets of a Corporation and HNWIs…with a plan to be the next SINGAPORE of the MED SEA

Which country offers exceptional quality of life, gorgeous weather 12 months a year, low cost of living, frequent and low cost flights to a maximum of 3 hours from your EU city, a system of rules and competitive tax around the world ?

MALTA is your new SWISS and your Northern Europe but in the middle of the Mediterranean, stable and secure, inspired by the model of the City – State of the Island SINGAPORE

Where you can find an open international community, with country regulations shaped to encourage and to attract people, companies, ideas and capital ? These are the rare and valuable resources from the world that MALTA needs to grow together

Malta FinTech, a true hub of Finance and Technology from eGaming and eCommerce to eFinance and eBanking, valuable solutions, services and support for the Consumer and Corporate world

TOP REASONS TO INVEST IN MALTA

Malta is strategically located at the heart of the Mediterranean with very close ties to mainland Europe, North Africa and the Middle East. The island is considered the best choice for investments in knowledge based sectors and high end manufacturing. Due to its excellent port infrastructure, Malta is also considered an ideal logistical hub. This, together with EU membership, makes the country a perfect gateway to the Euro-Mediterranean region and further.

Malta has undergone an incredible transformation in the few decades since independence was gained in 1964. Four decades later, with a fully functioning open market economy, joining the EU in 2004 was seen as a natural step towards securing the economic future of the country. The adoption of the Euro in 2008 ensured that the economy would not be vulnerable to currency fluctuations and would allow the nation to be more competitive.

Progress and flexibility are key factors in the success of Malta’s ability to react quickly to international trends and the global market place. Our pro-business government continually seeks to strengthen Malta’s attractiveness as an open market economy. The exogenous shocks of the global recession inevitably had an impact on the local economy. However, it should be noted that Malta was one of the last countries within the European Union to enter the recession and it was also one of the first countries to rebound from the economic downturn. In essence Malta showed great resilience and emerged in a strong position.

The country’s national language is Maltese but both the latter and English are official languages in Malta. This certainly adds to the destination’s appeal for visitors, traders and investors. Practically all Maltese are bilingual and many are also conversant in Italian. Some may also have at least a working knowledge of French or German. Foreign language fluency as a percentage of the population is as follows: English 88%, Italian 66%, French 17% and German 6%.

The success of a business is not achieved by financing or technology but is ultimately determined by people power. The labour force in Malta is a very productive one, highly educated and extremely flexible with an excellent work ethic. Our people are our greatest natural resource and the country has good availability of professional, managerial and technical staff as well as a ready supply of top graduates most of whom are technology-experienced. The link between education and industry is vital for our competitiveness. Education and HR-related strengths top the criteria for choosing Malta as an investment destination.

It has always been considered strategically important to the country’s human and economic advancement to be well connected with the rest of the world. As such there has been a great deal of investment and consolidation in order to create and ensure a reliable Information Communication Technology (ICT) infrastructure.

Malta’s fully liberalised and developed ICT infrastructure has certainly contributed to the island fast becoming a regional centre of excellence in ICT and financial services.

A long-standing, full imputation tax system has existed in Malta since 1948. The rate for corporate taxation in Malta stands at 35%; however upon distribution of dividends, shareholders may qualify for a refund generally equivalent to 6/7th of the tax paid, thus resulting in a paid tax rate of 5%.

There are many reasons why investing in Malta makes good business sense but it is not enough for the figures to add up and the stars to be aligned. In this day and age – where time, health, safety and true quality of life are precious commodities – Malta scores highly on all these aspects. Travelling distances are minimal, the healthcare facilities, which rank among the best in Europe, are first-class in both public and private hospitals and the crime rate is very low. However, the biggest selling point of the island nation is undoubtedly the lifestyle that investors and their families enjoy in the country. Indeed, those thinking of investing in Malta are highly recommended to visit the nation to explore and experience for themselves the wealth of history, culture, hospitality, bars and restaurants. That way they can also get a real taste of the flavoursome Maltese and Mediterranean cuisine that the country offers.