BITCOIN and Digital Currency, GOLD 2.0 or a mirage?

BITCOIN and Digital Currency, GOLD 2.0 or a mirage?

There are many alternatives for an independent financial intermediary and a current account outside the jurisdiction of residence with financial intermediaries in Europe or globally.
Their choice and that of the country is the in assets Custody, are an integral part of Investment and Asset Protection strategies.

Malta, the jurisdiction of excellence for combining finance and digital asset with tax performance and protection

Do you know what is common to WordPress.com, Amazon, Subway, Expedia, Zappos, Bloomberg.com, Wikipedia, iTunes, Dell, and Bing? This list is a sample of companies that have started accepting Bitcoins. Yes, you read it right, the Amazons, Apples and Microsofts of the world are accepting Bitcoins. Bitcoins and other virtual currencies are the cynosure of all eyes – of industry experts, bankers, hackers, consumers, merchants and regulators. Experts believe that the world of virtual currency is at a crossroads. Now, what is virtual currency?

The cost of processing is far lower for virtual currency than any other payment mechanism. One of the main reasons for this is that virtual currencies eliminate the need for intermediaries. As virtual currencies are a form of P2P payment, they bypass banks and other intermediaries and evade the additional processing charges. For instance, in the traditional banking service model, if someone buys a watch using a credit card, the merchant needs to pay the issuer an interchange fee of 1% – 3% plus a flat fee, which is eventually passed on to the consumer as a cost. However, if the same payment were made using virtual currency, the transaction cost would have been <1% of the transaction amount, as there are no intermediaries.

Virtual currencies are expected to play a big role in the global remittances market. In Q4 2014, the global average cost of remitting about USD 200 was about 7.99%. Post offices are the least expensive, at 5.06%, while banks are the most expensive at 11.75% (Source: The World Bank: Remittance Prices Worldwide). However, using virtual currency, users can remit money directly to their families at a lower cost and faster too. For instance, BitPesa uses a virtual currency like Bitcoin to cut transaction costs. It charges about 3% on cross-border transfers and the money reaches the same day. Players charging lower fees using virtual currencies will eventually put pressure on the existing money transfer operators and banks to reduce their remittance charges too.

Substantial Volatility: Virtual currencies are subject to significant fluctuation. The total value of virtual currencies in circulation and the number of merchants or businesses using them are still small. Hence even a small activity or trade can affect the price movement, which makes virtual currencies highly volatile.  There have been instances of the Bitcoin exchange rate falling alarmingly – by more than 50% – in one day.

Security Risk: Critics of virtual currency pinpoint that since the identities of
parties involved in a transaction are not recognizable and transactions are not traceable, they can be misused for unlawful or criminal activities like:

Virtual currency transactions are vulnerable to money laundering/terror financing risks, thanks to payer and payee anonymity compounded by the lack of an authorized monitoring authority. This increases the possibility of virtual currencies being used for suspicious activities. For instance, Liberty Reserve‘s CTO was operating an unlicensed money transmitting business which processed more than $16 billion through the firm’s digital currency system.  He leveraged his technical expertise and created a virtual currency business which was used extensively by criminals across the world.

Virtual currencies definitely run the risk of being targeted by hackers using various methods to steal Bitcoins and other virtual currencies from user accounts. Over the past few years, there have been quite a few cases of hacking of virtual currency accounts. For instance, in March 2014, 650,000 Bitcoins were looted from Mt. Gox, and as recently as January 2015, hackers looted around 19,000 Bitcoins worth about $5 million from the Bitstamp exchange.

As virtual currencies gain both popularity and controversy, banks and financial services firms are monitoring the steps taken by the issuers of virtual currency as well as the guidelines of various governments and policymakers to see what opportunity it holds for them.

Global banks like Bank of America, JPMC, Citi, Wells Fargo, etc. have published reports on how Bitcoin could impact the global payment industry. Banks are also keen to understand whether virtual currency can become an investment opportunity like Commodities, Exchange Traded Funds, or Derivatives. Although banks did open accounts for firms accepting Bitcoins or any other virtual currency, but they were forced by regulators to close Bitcoin-related accounts. For instance, U.S. officials ordered a Wells Fargo account used by Mt. Gox to be shut down. 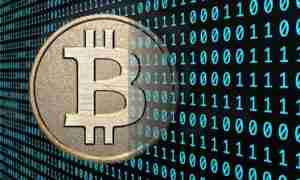