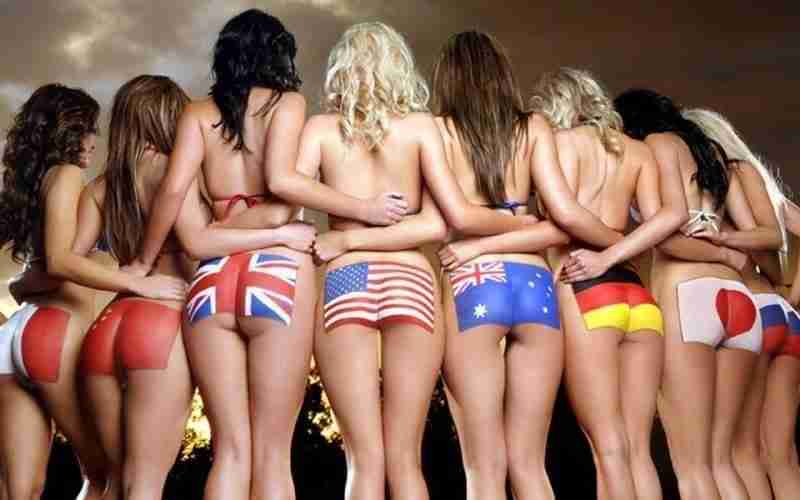 It’s the language of international business.

How Non-English-Speaking Countries Stack Up on English Proficiency 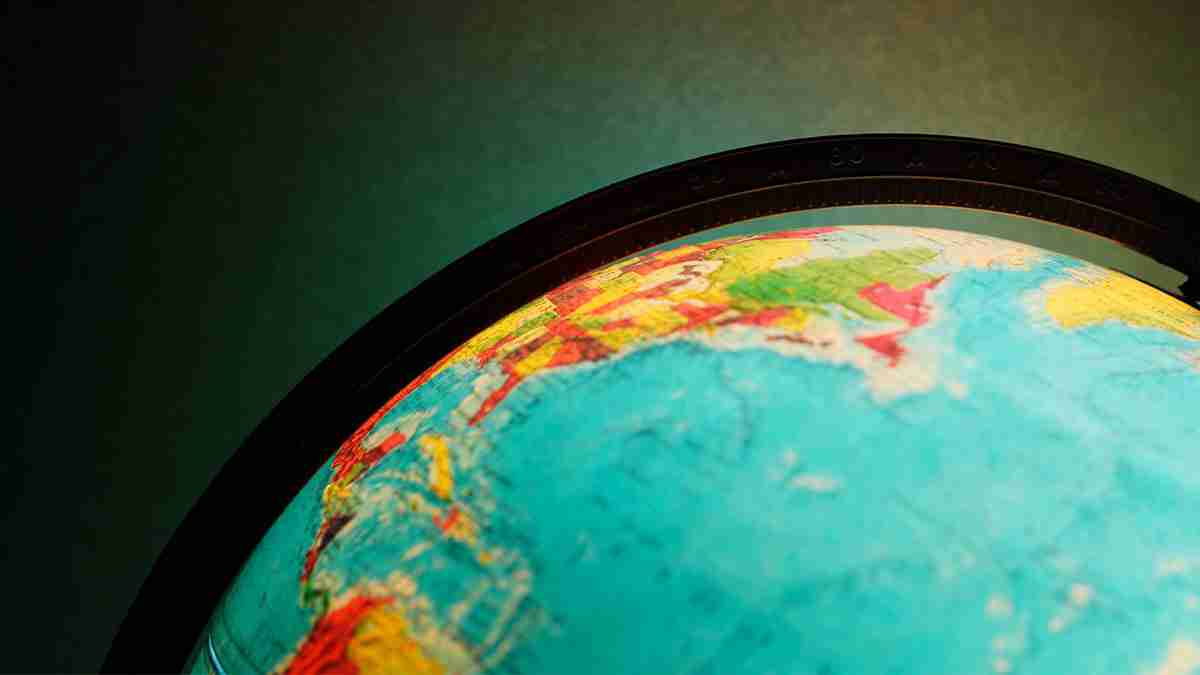 In the aviation industry, miscommunication can be fatal. More than 1,000 deaths in plane crashes have been due to communication failures, often between crews that speak English and crews that don’t.

Since 2001, English has been the international language of pilots and air traffic controllers, and airlines across the world have invested in English training programs for pilots, flight attendants, and other customer-facing staff.

In its pivot to English, the aviation industry is not unique: Around the world, companies and industries are recognizing the need for a lingua franca, or common language. We’ve published research that shows countries with higher English proficiency tend to be more innovative and have stronger economies. Corporate leaders, such as Rakuten CEO Hiroshi Mikitani, talk openly about the benefits of “Englishnization.” Tsedal Neeley, an associate professor of organizational behavior at Harvard Business School, has written about the benefits of setting English as the corporate language. She argues that businesses with strong English skills can buy from and sell to a more diverse range of customers and business partners. They also have better internal communication across geographically dispersed workforces. All of these benefits apply to industries as well.

Until now, it has been difficult to find data about the actual English skills — and skills gaps — of industries worldwide. Given the importance of English for companies’ competitiveness, we conducted a global study of workforce English, surveying 510,000 professionals across 16 major industries in 40 countries. These professionals work for more than 2,000 different companies, with sales that range from less than $1 billion to more than $60 billion.

Our findings reveal some unexpected patterns across industries and countries and within companies — and they suggest opportunities for global companies to gain a competitive edge.

On average, women have better English language skills than men in most countries, industries, and job functions. This skills gap might reflect an education gap: Women receive more years of formal education than men, are more likely to attend university, and are more likely to study the humanities.

Executives usually have lower English levels than the managers they oversee.Looking at global averages across industries, even the most junior staff outscored executives. This pattern is most likely a result of generational differences, as English skills tend to be lower among older adults than younger professionals. The result suggests that many executives from non-English-speaking countries may have trouble directing an English-speaking team, reading detailed reports in English, or taking the lead in complex meetings held in English.

There are wide skills gaps between industries. Certain industries where English-language communication seems critical, including the logistics industry and the aviation industry, show low levels of English proficiency. Only two industries surveyed — consulting and professional services and engineering — had consistently strong English skills. 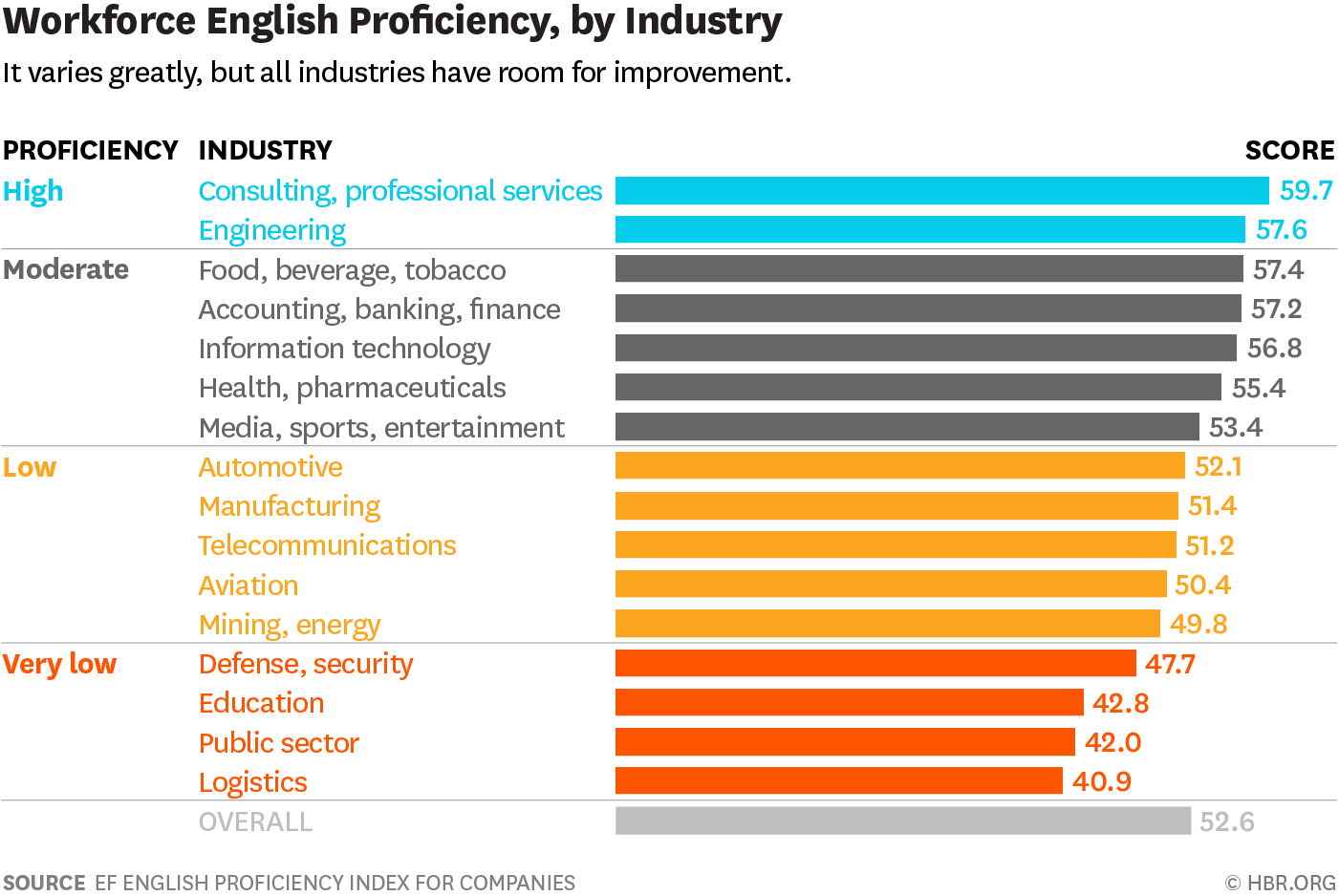 English ability varies among companies of different sizes. On average, firms with sales of $10–$60 billion have higher proficiency scores than firms making less than $10 billion or more than $60 billion. It’s not surprising that smaller companies lag behind larger companies, which tend to be more global, but it is surprising that the largest companies do not perform better than midsize companies. It could be that the largest companies sampled are more mature businesses, where executives have not traditionally needed to use English. Another possibility is that these companies are structured differently, such that they have many employees who work exclusively on a national scale and don’t need to speak English. 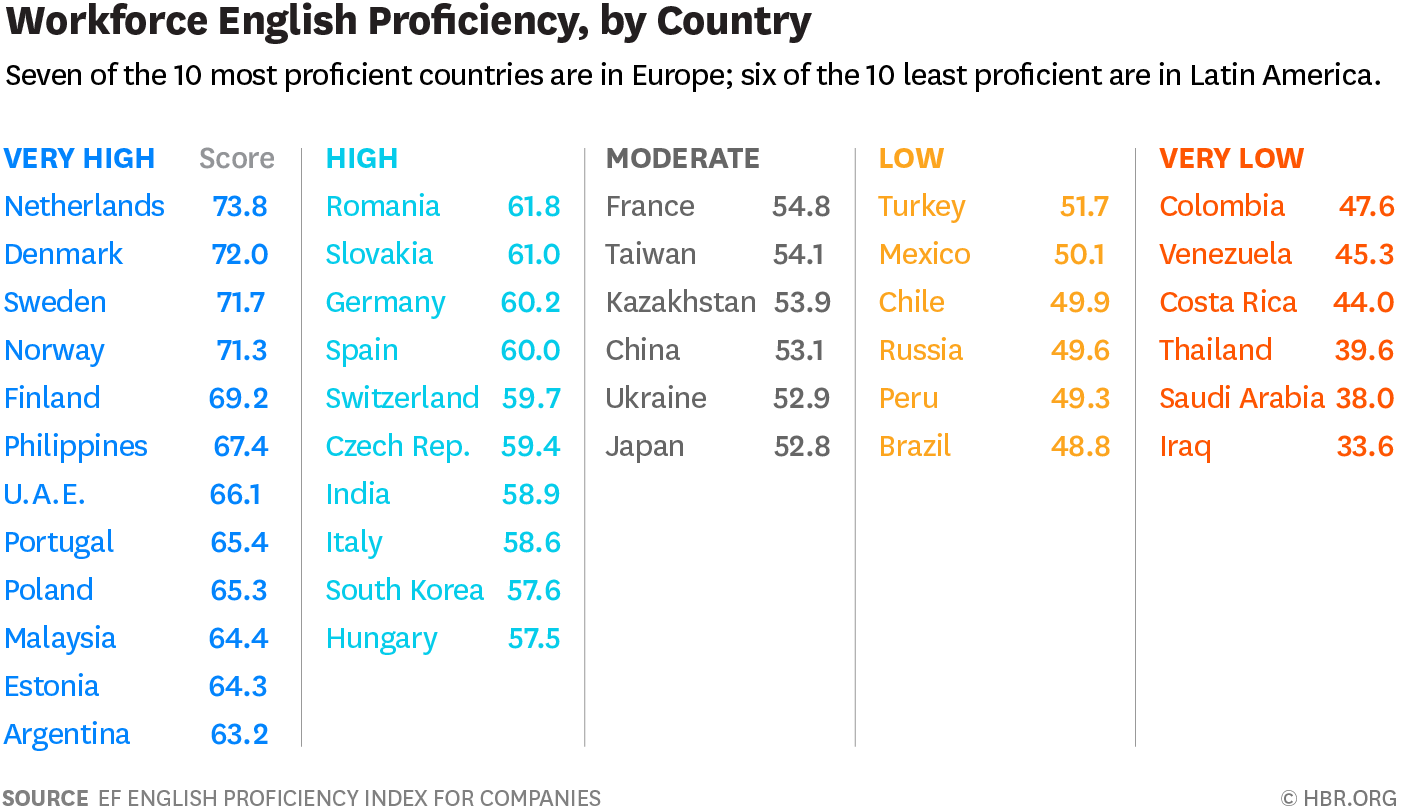 The lack of strong English skills presents an opportunity for forward-thinking business leaders, and yet, as our data shows, many companies are not taking advantage of that competitive edge. Their hesitation to embrace English seems to be reflected even at the very top of the company.

We have several recommendations for business leaders who want to strengthen the English skills of their workforce.

In today’s globalized economy, these language skills can become a critical advantage. Therefore, as Neeley argues, every company should be thinking about the critical question: What is your language strategy?