https://www.maltaway.com/commissione-europea-malta-deficit-a-11-e-debito-sotto-il-60/The 17 countries with the highest level of government debt 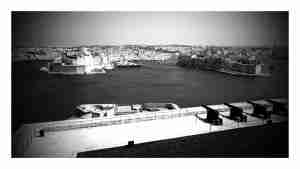 One of the most interesting and important rankings is actually the level of government debt.

By looking at level of gross government debt as a percentage of GDP, it can indicate how able a country is to pay back debts without incurring further debt.

Basically the lower the debt-to-GDP ratio the better.

Take a look to see who made the top 17 and who beat Greece for the top spot.

16. Barbados – 92.0%. The tax-haven nation is the wealthiest and most developed country in the eastern Caribbean, but its growth prospects look weak due to austerity measures to combat the effects of the credit crisis eight years ago.

Kierre Beckles of Barbados reacts after competing in the women’s 100 metres hurdles heats during the 15th IAAF World Championships.

15. France – 93.9%. The eurozone’s second-biggest economy has been recovering “in fits and starts,” says the country’s statistical agency.

French fans soak up the atmosphere ahead of the UEFA EURO 2012 group D match between France and England at Donbass Arena on June 11, 2012, in Donetsk, Ukraine.

14. Spain – 93.9%. S&P is confident that Spain’s buoyant growth prospects and labour-market reforms will boost its outlook.

Lidia Valentin of Spain competes in the women’s 75kg weightlifting competition during the World Weightlifting Championships.

13. Cape Verde – 95.0%. The island nation is a service-orientated economy and suffers from a poor natural-resource base. This means it has to import 82% of its food, leading to vulnerability to market fluctuations.

11. Singapore – 103.8%. It’s one of the wealthiest countries in the world but the island nation suffers from high debt. The government is now trying to find new ways to grow the economy and raise productivity.

Yang Wang of China shows his dejection just before the finish line.

10. United States – 104.5%. The US hiked interest rates for the first time in seven years in December last year. In March, Federal Reserve Chair Janet Yellen said the economy was on a path of slow and steady growth.

9. Bhutan – 110.7%. The small Asian economy is closely linked to India and depends heavily on it for financial assistance and foreign labourers for infrastructure.

King Jigme Khesar Namgyel Wangchuck, left, kisses Queen Jetsun Pema in front of thousands of residents gathered for the third day of their wedding ceremony at the Changlimithang stadium in Bhutan’s capital, Thimphu, on October 15, 2011.

8. Cyprus – 112.0%. The country’s excessive exposure to Greece hit it hard when the European sovereign-debt crisis rippled across the world in 2010. Like Greece, it had to be bailed out by international creditors and enforce capital controls and austerity measures to get funding.

7. Ireland – 122.8%. The country exited its bailout programme two years ago but still faces a huge debt pile. But it’s on the right track. Ireland has already had success in refinancing a large amount of banking-related debt.

5. Italy – 132.5%. The country’s proportion of debt to GDP is the second highest in the Eurozone.

4. Jamaica – 138.9%. The services industry accounts for 80% of GDP, but high crime, corruption, and large-scale unemployment drag the country’s growth down. The International Monetary Fund said Jamaica has to reform its tax system, among other things.

People wait for the unveiling of a statue of late reggae legend Bob Marley in Kingston February 8, 2015.

3. Lebanon – 139.7%. The country used to be a tourist destination but war in Syria and domestic political turmoil have led to a lack of an official budget for months.

Lebanese singer Mouin Shreif waves the Lebanese national flag during a protest against corruption and against the government’s failure to resolve a crisis over rubbish disposal, near the government palace in Beirut, Lebanon, August 23, 2015.

2. Greece – 173.8%. The country has taken over €320 billion worth of bailout cash and it’s looking increasingly impossible to pay it all back — especially since it has had to implement painful austerity measures to get its loans. But it’s surprisingly not the worse country in the world for government debt.

A woman smokes a cigarette in front of a postcard display in the village of Fira on the Greek island of Santorini, Greece, July 2, 2015.

1. Japan – 243.2%. The country is in a troubling spot. Its economy is growing very slowly and now the central bank has implemented negative interest rates.

An amateur sumo wrestler holds a baby during a baby-crying contest at Sensoji temple in Tokyo, May 30, 2015.