No immediate change' to EU student visa policy after Brexit

No immediate change’ to EU student visa policy after Brexit

Universities Minister, Jo Johnson has made a statement about the status of international students in the UK from the EU following Brexit.

Malta is already, Brexit or NO Brexit, a great alternative for English Courses and Higher Education and MBA courses as well, and without any Visa for the EU student

Moreover for a EU students, the advantages, in case of Brexit, will enlarge significantly on Visa, fees and funding size

We have a valid Education offer here in Malta with many English courses and MBA, contact us for any query 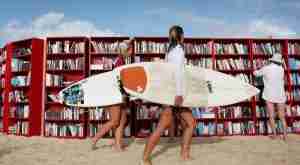 Students from the EU currently studying at UK universities, enrolled on, or about to start, courses in the coming year will see no changes to their funding status, says Jo Johnson, universities minister and brother of Leave campaign leader Boris Johnson.

In the lead up to the referendum, UK universities questioned of the impact that leaving the EU would have on higher education in Britain and shared their particular concern over changes to immigration laws, the implications of changes to EU university grants and the UK’s membership of the Erasmus student mobility programme.

How will Brexit affect higher education and research?

“We understand that there will be questions about how the referendum result affects higher education and research,” said Mr Johnson in a statement this week following Britain’s majority vote to leave the European Union.

“Many of these questions will need to be considered as part of wider discussion about the UK’s future relationship with the EU, but where we can provide further information, we will do so. The UK remains a member of the EU, and we continue to meet our obligations and receive relevant funding.”

Will EU students continue to receive funding in the UK?

As members of the European Union, the UK is obliged to offer the same financial support to EU students studying in the UK as is offered to UK nationals. Mr Johnson confirmed in his statement that EU students, who are eligible under current rules to receive loans and grants from the Student Loans Company, will continue to do so for courses they are currently enrolled on or about to start this coming year.

The Student Loans Company, which administers student loans for UK and qualifying EU students sets out the eligibility criteria in detail.

Mr Johnson went on to explain that the future of student funding arrangements with the EU will be determined as part of the UK’s discussions on its membership.

“For students, visitors, businesses and entrepreneurs who are already in the UK or who wish to come here, there will be no immediate change to our visa policies,” Mr Johnson confirmed.

How will the Erasmus programme be affected post-Brexit?

It is still not clear what will happen in the long-term to the Erasmus programme, which offers academic exchange opportunities for students from within the European Union. More than 15,000 students from the UK participated in the programme in 2013-14 demonstrating the global outlook of many of the UK’s domestic students.

“The referendum result does not affect students studying in the EU, beneficiaries of Erasmus+ or those considering applying in 2017,” said Mr Johnson. The UK’s future access to the Erasmus+ programme will be determined as a part of wider discussions with the EU, according to Mr Johnson’s statement.

“More broadly, existing UK students studying in the EU, and those looking to start in the next academic year will continue to be subject to current arrangements,” he said.

“There are obviously big discussions to be had with our European partners, and I look forward to working with the sector to ensure its voice is fully represented and that it continues to go from strength to strength.”

However, Dr Wendy Piatt, Director General of the Russell Group, has not been so optimistic.

“Leaving the European Union creates significant uncertainty for our leading universities,” she said in a statement following the announcement of the referendum result.

However taking a more conciliatory tone, Dr Piatt vowed to work together with the government to secure the best results for students and higher education institutions within the group.

“Throughout the campaign both sides acknowledged the value of EU funding to our universities,” she said, “and we will be seeking assurances from the government that this will be replaced and sustained long term.”

“The UK has not yet left the EU so it is important that our staff and students from other member countries understand that there will be no immediate impact on their status at our universities.”

Dr Piatt believes that the free movement of talent and research networks across the EU have played a crucial role in the success of Russell Group universities and explains that she will be working closely with the government to secure the best deal as negotiations move forward.