NON-DOM IN UK NEITHER AUTOMATIC NOR PERMANENT

Home » INTERNATIONAL TAXATION » NON-DOM IN UK NEITHER AUTOMATIC NOR PERMANENT

NON-DOM IN UK NEITHER AUTOMATIC NOR PERMANENT

The recent articles involving many Italian citizens #residents in the UK (which also apply to citizens of other nationalities), for having received letters of assessment for non-compliance with tax regulations on foreign income and in particular for rents received on property owned in Italy – The British taxman on the hunt for property income in Italy -, bring to light one of the main issues as expatriates:

the importance of knowledge of the taxation and taxation regimes of a country.

The choice of jurisdiction in which to be resident should be made by considering macroeconomic and financial issues and the tax and legal regimes that apply according to one’s legal, asset and income profile.

It should also be borne in mind that the standards for the exchange of information between the majority of countries in the world have become a reality for many years now as a result of regulations such as those linked to the #CRS or Common Reporting Standards, the register of effective beneficiary or #UBOs – INTERNATIONAL REGISTER of Ultimate Beneficial Owner – and the practices applied in an increasingly stringent manner by both #States and financial intermediaries and #banks, which we need to use as individuals or as companies.

We have already dealt with the two main systems of worldwide taxation, namely the “worldwide taxation” system, which is based on taxation on a worldwide basis according to which income produced anywhere in the world by a resident individual is subject to taxation and not only that produced in the territory of the State, and the “territorial” system with payment of taxes in the country of residence only on income produced there, explaining in detail the differences between the two.

We have already extensively analyzed the non-dom taxation in #Malta https://www.maltaway.com/en/non-dom-taxation-in-malta/ highlighting all the aspects and advantages of a complete #NONDOM regime with no option and/or expiry date constraints, but linked to the type of residence scheme/permit that is requested.

In this article, we focus on the one in #UK, where the choice of the tax regime must be made with a specific option every year at the time of the declaration and the income produced does not have to be remitted to the UK.

This NONDOM regime is scaled down and becomes less convenient after 6 years and disappears completely after 15 years.

It is important to reiterate the concept of domicile for Anglo-Saxon law, understood as that linked to the intention to reside permanently in a place for an indefinite period, mainly related to their origins as it is normally acquired from parents with birth and very unlikely to change during life, useful as a premise to understand what it means to be considered residents NOT domiciled in a country.

The concept of Anglo-Saxon domicile linked to the jurisdiction of origin and permanent family ties is therefore very different from the domicile provided by the Italian Civil Code as the place where the person “has established the principal seat of his business and interests”. (art 43 C.C.)

An English citizen acquires his domicile in the UK with the birth of his parents and even if he will move as a resident to another country he will maintain, with some exceptions, his English domicile, while an Italian citizen who moves to the UK can be considered resident but not domiciled.

However, the law in the UK has changed over the last few years, so that the non-DOM regime is no longer open-ended, as it was before, but a person who has been a UK resident for 15 of the previous 20 years will be considered UK domiciled, with all the tax consequences.

UK residents who are not ”domiciled” in the UK could benefit from a favorable taxation regime and not be required to pay tax on income or capital gains generated abroad as long as such income or gains are not transferred to the UK, for example, to a UK bank account.

As a non-UK domiciled resident you can opt for two different taxation regimes:

Each year you may decide differently and apply a different regime according to your income and the tax advantages or benefits you legitimately want to obtain.

The ”remittance” regime is not automatic, but annually individuals resident but not domiciled in the UK must, by 31 January each year, choose whether to apply the ”remittance basis” with the favorable tax regime of non-taxation of income received abroad and not remitted to the UK.

Otherwise, the standard regime of ”arising” is applied and you are required to pay tax on foreign income not remitted to the country.

Obviously, even with the remittance option, income from work or capital produced in the UK will continue to be taxed in the UK.

The legislation provides that for foreign income up to 2,000 pounds you are not required to declare anything while for higher income you can opt for the remittance basis.

Requesting the application of the remittance basis allows you to pay tax on income or gains produced in the UK, while providing for the exemption of foreign income or capital gains that are not remitted to the UK.

The regime of NON-DOMICILIATE in the UK has been extensively modified in recent years reducing in part what are the benefits. 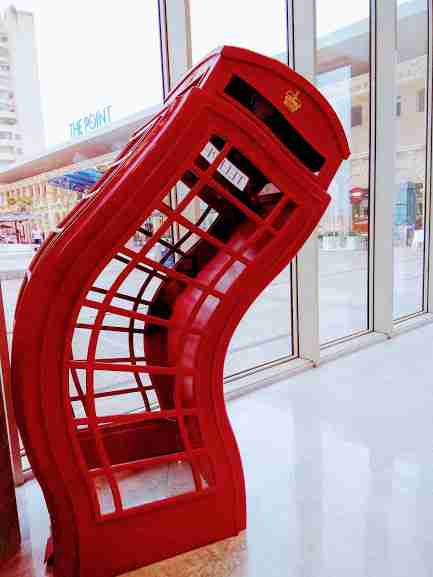 The non-dom regime in the UK, being no longer open-ended and having introduced with the passing of the years of residence in the country a significant reduction of benefits, is therefore very different from that in force in Malta.

For all legal and tax advice and residence needs for Investors, Individuals and Companies and for your performing/protecting assets allocation traditional or crypto or your expatriation and international relocation anywhere in the world